Welcome to Ancient Geek, a school-friendly mini podcast in which Classical Civilisation teacher and author of Greek Myth Comix, Jenks, rants on ancient topics and tries to be brief about it it in ten minutes or less.

Listen below or at these links: 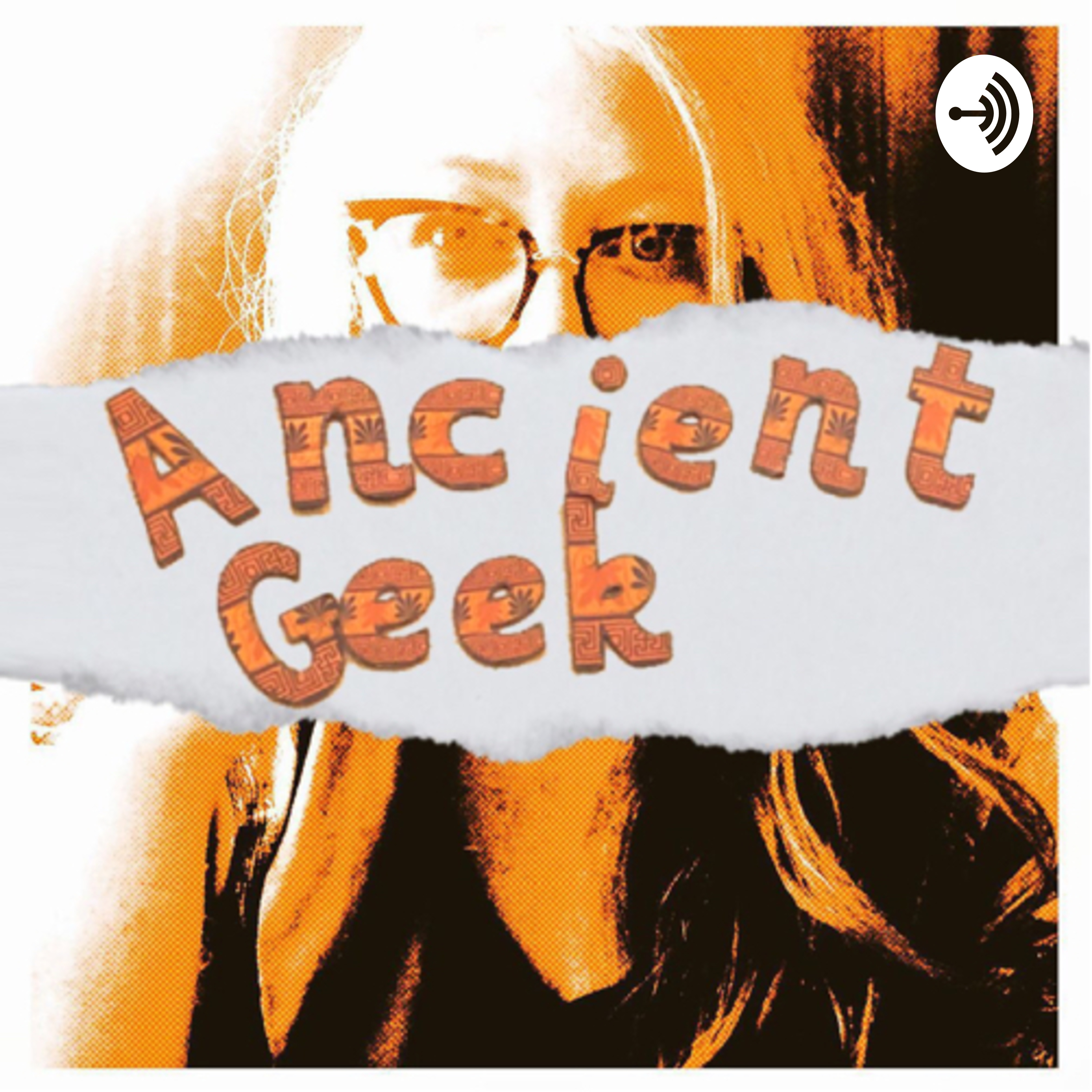 In this final episode of the first series, I break down the epic poem into its main chunks and tell you about all the bits in the Odyssey you might not know about because despite being awesome they get cut out of pretty much every adaptation. And I almost manage to do it in ten minutes! CORRECTION: 12 ships, not 50 – there’s 50 men on each ship. Gah I hate numbers!

In this first episode, I ease myself in gently with a topic I’ve practised ranting about before: an explanation of why Paris is so annoying. Listen here.

The second episode explains, at some length (and with several klaxons) exactly why the caduceus of Hermes is not correctly used as a medical symbol, and why. And I talk about Hermes a lot.

In the third episode, I explain in as much detail as possible why similes are important in Homeric epic and how exactly to enjoy them.

Inspired by the work I’m doing with CSCP on Pompeii, this is a rant so epic I had to cut it in half to fit each part into ten minutes! Here is my list of the four most annoying things people get wrong about Pompeii. (And thanks to Dr Sophie Hay who helped with Point 1/4!)

Episode 6 (there is no 5) – yes, we *do* need to talk more about ancient slavery

This rant was inspired by an unfortunately and timely experience in my own teaching. Have a listen, and a think. I only hope I’ve done this topic justice.

The frescoes mentioned: all images either my own or from Wiki commons. I’m not going to give you context because that’s how I gave them to my students:

If you’re not sure where to start with teaching ancient slavery yourself, even the Wikipedia page on Slavery in Antiquity has a decent set of points to be getting on with: https://en.wikipedia.org/wiki/Slavery_in_antiquity Reading the articles above would also be a great start.

Episode 7: we *need* to talk about Homeric heroism and Achilles’ heel

In this episode I ramble on a bit, filling in the gaps of general knowledge about Achilles’ heel, why he got ‘dipped’ in the first place, and how it ties in with what it means to be a Homeric hero anyway.

Episode 8 (last of series 1): Why you need to read the *actual* Odyssey – HERE LET ME HELP YOU

In this final episode of the first series, I break down the epic poem into its main chunks and tell you about all the bits in the Odyssey you might not know about because despite being awesome they get cut out of pretty much every adaptation. And I almost manage to do it in ten minutes!

E. V. Rieu – the first Penguin Classic, this is the text we used in class. It’s a prose translation, instead of poetry or verse, which makes it probably a bit easier to get into. It’s quite a faithful translation in terms of the literary features.

W. H. D. Rouse – an old translation now, so a little archaic in the language compared to the Rieu, but quite fun, for example he translates the punning names of the Phaeacians from the Ancient Greek so you can get the joke of a sailing fellow being called ‘Poop-deck’.

Emily Wilson – the most recent translation, and, importantly, the first published translation by a female translator. There is a lot to be gained from comparing the language between this and other, male-translated versions, so you can see exactly how far the male bias in language goes to changing or at least altering meaning. Aside from that, it’s a beautiful verse translation, matching the number of lines in the original poem – no mean feat! – and feels to me, having read a lot of translations, like a proper adventure.

The Hammond and Lattimore translations are also well-considered.

The Iliad, by Homer – if you haven’t, you should

The Aeneid, by Virgil – fine Roman fan-fiction that takes on a life of its own, that you can only really appreciate if you have a) an understanding of early Roman Empire and b) a knowledge of Homer

The Penelopiad, by Margaret Atwood – 20thC author writes the story from Penelope’s experience, and it is extremely important you read it to really understand how much further that character could have gone, and where she possibly would have gone to.

Odyssey Comix, and other explanatory comix, by me – explaining the features for better understanding and enjoyment.

Circe, by Madeline Miller – the life of the witch goddess, in which Odysseus is just a chapter, and absolutely riveting. Read this to draw together the invisible lines between myths you may have heard of and never connected.

Have an idea or request for an episode?

You can message me, by email or by leaving me a voice message, which could be included on a future episode!

Send me a voice message
Email me a message